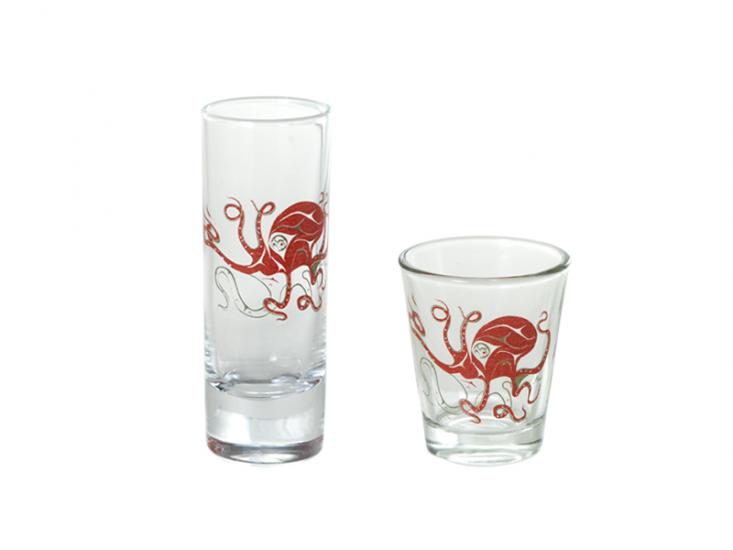 Shooter or Shotglass with Red Octopus design by Andrew Williams. Minimum 12 per color.

Andrew Williams was born in 1964 in Haida Gwaii. He is a carver of argillite, silver and gold as well as a graphic designer. He is part of the Raven clan in the Old Masset on Haida Gwaii. His work is a blend of traditional and contemporary art and shows his passion for his Haida Ancestory and the "old stories".